I met another writer the other evening.

He was a generally affable chap, if somewhat over-fond of the sound of his own voice. Fair enough though, I’m sure most of us are prone to waxing lyrical about our literary endeavours after a glass or two of falling-down juice.

For around half an hour, we had a pleasant (if rather one-sided) and wide-ranging conversation in which we most eruditely expounded upon the great literary topics of our enlightened age.

The obligatory and ubiquitous themes of: “Whither traditional publishing in the age of the ‘indie’ self-publisher?”, “Is a professional editor a necessity?” and “Don’t get me started on Fifty Shades of Mummy-Porn Tosh” were debated, discussed and deliberated.

Then it got weird.

No, that doesn’t quite do it justice.

Then it got WEIRD.

That’s better. Add your own wavery elongated vowels in the middle and it’ll be even closer to the mark.

I chanced to ask the chap’s opinion on eReaders versus lovely papery ink-smelling books with pictures on the front. As usual, I prefaced the question with the fact that, until someone creates an eReader that smells like a book, I’m sticking with books. Nothing against eReaders, you understand, just a personal preference.

In the space of a nano-second, the affable would-be author standing before me transmogrified into a wild-eyed, slavering beast, his unruly hair billowing manically like the unfurled sails of a galleon in a typhoon. He stared at me in horror, as if I had somehow metamorphosed, Gregor Samsa-like, into a 6-foot beetle with the sole intention of devouring his children.

“You cannot,” he bellowed, saliva whirling globbily across the room with the force of his insanity, “be a writer today unless you read on an eReader!!”

I understood the individual words, the syntax and the grammar, but combined in that particular order, they made as much sense as if he had claimed: “You cannot ride a zebra unless you have a goldfish bowl.”

Mopping myself down with a handkerchief, I attempted to clarify matters. Did he, perhaps mean that it is imperative that one releases an eBook version? That I would agree with. Could it be that he was alluding to the necessity of understanding how to technically format a novel for the medium? Again, total agreement on my part.

But no, dear readers, far from it. Once more he raved, equally forcefully and with added twitching.

“You cannot be a writer if you do not read on an eReader!!” His hands furled into fists of rage and a vein in his forehead began to throb in a most alarming manner.

At this point I remembered an entirely fictitious train I was about to miss, made my excuses and left, using the same trying-not-to-run motion employed by anyone walking down a dark alley in the early hours telling themselves that werewolves don’t actually exist.

Is it just me?

As far as I’m concerned, it’s the words that matter. The medium of delivery is secondary, surely? Write them on paper, project them on the wall, scratch them in sand or train starlings to arrange themselves in formation across an azure sky.

The words we use and the world, the emotions, the truths they conjure up in a reader’s imagination is the first, the only, the be-all-and-end-all to a writer’s purpose. To subjugate that to the vehicle used to impart the words is, I would contend, a heinous triumph of form over content.

I would love to know your views. Does he have a point? Am I simply a Luddite? Am I missing something?

“You know, as someone who struggles with dialogue, I flippin’ love this post,” mused Jumping From Cliffs, stroking his beard thoughtfully.

“In that case darling, I would rather suggest you re-blog it, so others may love it also,” purred his Muse, sipping her gin and tonic as she reclined on the chaise-longue…

“Hi. My name is Main Character.” He raised his hand in a wave.

Main Character looked past Nemesis’ shoulder and Nemesis looked down at the floor. The clock ticked an awkward moment. 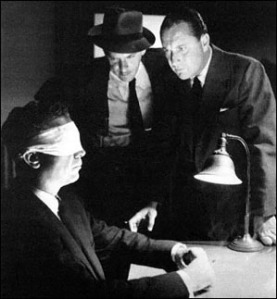 It’s been almost two months since my last post, due to an unfortunate boatload of Crazy that beached at my door. Not only has it kept me from this fine endeavour, it has also entirely scuppered my New Year’s resolution of writing every day.

Ah well, c’est la vie I suppose. Anyway, back now and I have some exciting news.

Thanks to the wonderful crew at Authoright I have secured a 15-minute slot to pitch my first novel to a literary agent at the London Book Fair!!

I am extremely excited.

And not a little terrified.

A real-life fire-breathing literary agent, with the terrible fangs and horns and everything.

What on Earth am I going to say?? 15 minutes? I can barely talk about the book for 15 seconds without tripping over my own syntax. And that’s when I’m not quaking in fear at the potentially life-changing opportunity sitting before me mopping my fetid sweat off their desk with a fine damask handkerchief.

Being the well-versed bunch that you are, I’m sure you must have some tips to impart on… well… anything about what to say in a pitch! Anyone??

Nicolette On Writing
pushing our limits

A husband, a wife, and life.

Everything you always wanted to know about proofreading but were afraid to ask!

Author / Writer - Telling the tales, born in the imagination.

One Man's Adventures in Writerland

Notes from the U.K.

Exploring the spidery corners of a culture and the weird stuff that tourist brochures ignore.

Book Humour. A Sideways Perspective on the Bonkers Business of Books

The latest news on WordPress.com and the WordPress community.

One writer's burning ambition to become an Author

Art, Design, Editing, and the Nuances of Storytelling According to Kisa Whipkey